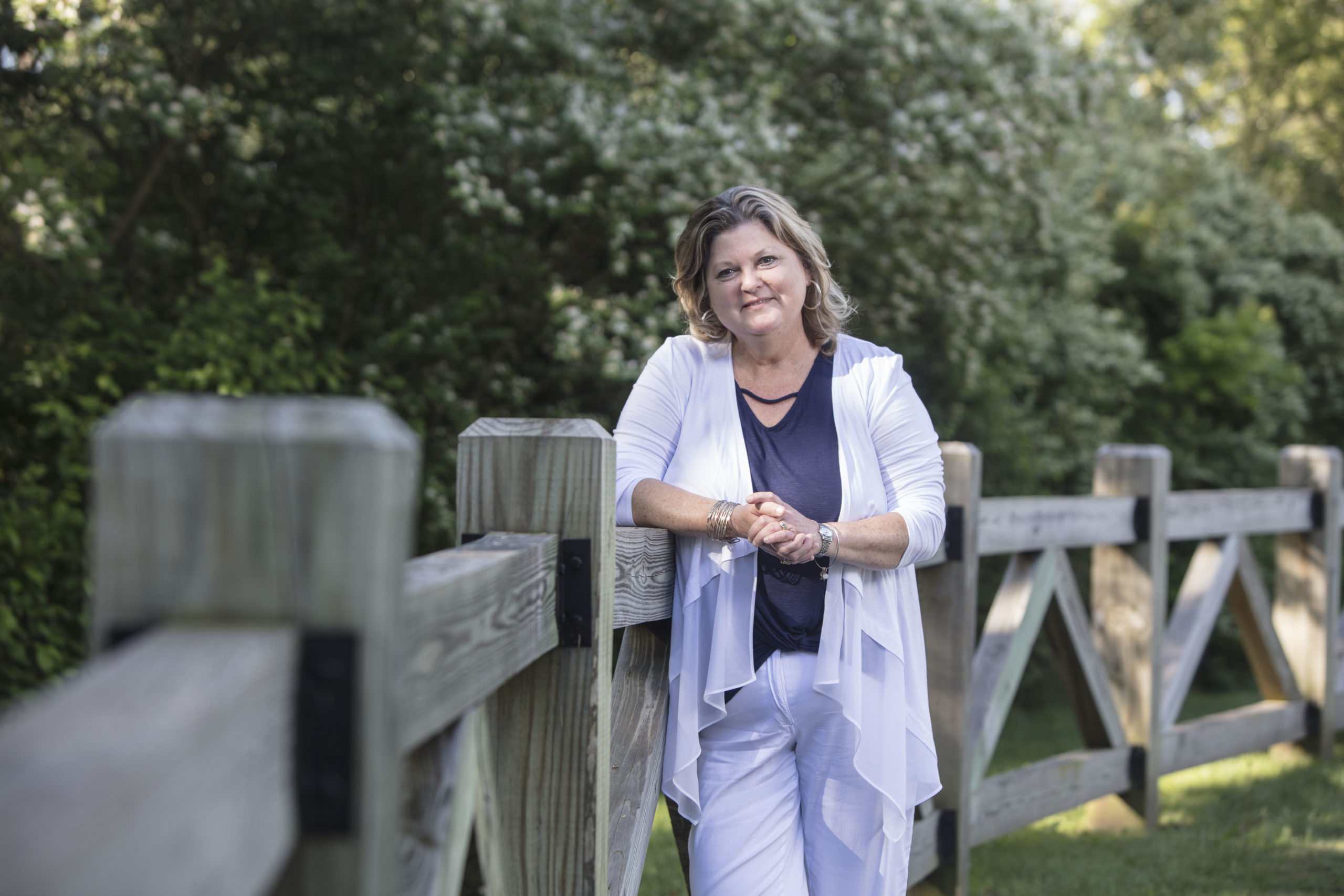 There was a pit in her stomach and a lump in her throat as Deb Wieringa prepared to tell her family the news, and it wasn’t good. She watched as the faces of her loved ones filled with fear and sadness. She was facing a ferocious disease and the strong possibility it might take her life.

“I felt normal. I felt fine,” Deb recalled. “I had no symptoms. I was just me.” Inside her body however, a war was raging and the enemy was winning.

In 2013, Deb saw a dermatologist when a spot on her back continued to cause her problems. “The spot looked horrible,” she exclaimed. “It was an ugly purple, black, red and blue pattern, and I knew something wasn’t right.”

Deb’s doctor soberly stated, “Let’s just take the spot off and send it in for analysis. If it’s not worrisome, I’ll smooth the spot out in our next visit.” Deb tried not to be overly concerned, but an alarm was sounding in her head and she feared what might come next.

A couple of days later, the dermatologist’s office called urging Deb to come in immediately. Deb was told she had stage two melanoma, the most dangerous type of skin cancer. The cancer was very aggressive and while it could be surgically removed, beyond that was an unknown.

Metro Health – University of Michigan Health Medical Director of Surgical Oncology Dr. Larry McCahill was charged with Deb’s care. “It was a very deep and severe melanoma,” he described. “It was 9 millimeters deep, which is highly concerning. We knew she’d have to undergo close surveillance with follow-up appointments every three months.”

“I was in a fog. I thought, ‘Wow, I’m dying. How can I be dying if I don’t even feel sick?’” As Deb sat down with her family to tell them about her diagnosis, she vowed to fight. “I assured them I was not going to take this laying down.” And so, Deb’s battle began.

The next couple of years were full of ups and downs for Deb. In October of 2014, a routine scan revealed a recurrence of melanoma on her back, and Dr. McCahill performed a second surgery. She wasn’t out of the woods yet, and each new scan left her anxious for the results.

Deb’s worst fear was that the cancer metastasized to other parts of her body. In August 2015, she again met with her oncologist, and that fear was confirmed. Spots showed the cancer had spread to her lungs, and her team agreed it was inoperable.

“In the beginning I was very angry. I told myself this can’t be happening. This isn’t right. I certainly am not ready to die. But I always came back to a feeling of peace. I knew I was going to be healed. I just didn’t know if that would happen here on earth or in heaven.”

Over the next few months, the cancerous spots on Deb’s lungs continued to grow. In the midst of her terrifying reality, hope came in the form of a new, FDA-approved drug called Pembrolizumab. A familiar brand-name for the drug is Keytruda.

“Our affiliation with University of Michigan Health is extremely beneficial for patients like Deb,” Dr. McCahill explained. “On a weekly basis, we discuss complex patient cases with physicians there to determine the best treatment options. This allows us to be extremely current with changes in melanoma care, and the use of Pembrolizumab was one of those changes.”

Deb began treatments in September of 2015. “I remember those Pembrolizumab treatments,” Deb recounted. “The drug is administered through an IV line and it takes a couple of hours. The only side effect I ever experienced was tiredness and feeling cold. After 24 hours, I was back to work and feeling fine.”

In January of 2016, Deb prepared her heart for the results of her first scan since starting Pembrolizumab. The drug had proven effective in improving survival rates for patients, but there were few, if any, cases of the drug making cancer go away entirely. As it turns out, Deb was one of those cases. Her spots were shrinking.

“There were lots of tears that day,” Deb smiled. “My husband was with me when my oncologist, Dr. Stephanie Dublis, gave us the results, and there was immediately a big three-person hug.”

By March of 2016 Deb’s cancer was gone. Deb remained on Pembrolizumab for two years and scans throughout that time revealed she was cancer free. The disease that could have taken her life had vanished.

“Deb’s willingness to try a new treatment regimen was very brave,” Dr. McCahill expressed. “She was one of our first patients to meet the criteria for this treatment and, fortunately, she had a very positive result. She’s still in a period of observation, but we hope this is a long-term cure.”

Now Deb seeks opportunities to pass peace and hope onto others battling cancer. “A cancer diagnosis is not a death sentence. There is hope. I want people to know God works miracles.”

“The future is much brighter for melanoma patients,” noted Dr. McCahill. “Research is happening fast, and there is more hope for high risk patients now than even two or three years ago. To see Deb’s cancer disappear is exciting.”

The Metro Health Skin Cancer Center is experiencing exponential growth. Patient volume has more than tripled since 2013 alone. More than 100 patients are treated at Metro Health for skin cancer every year.